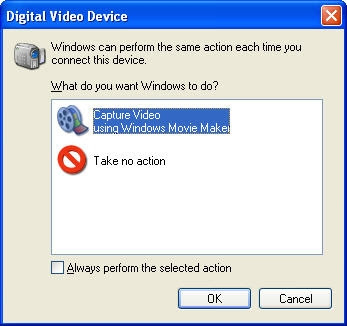 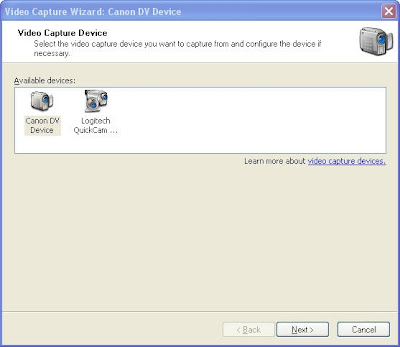 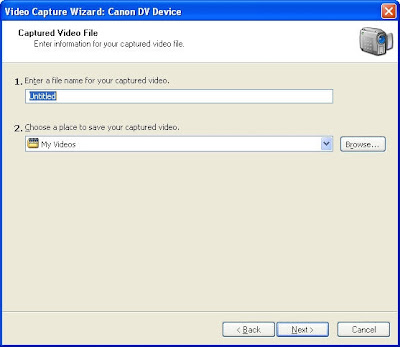 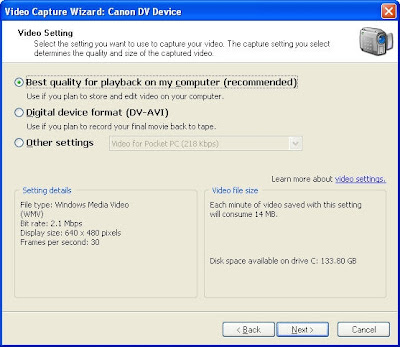 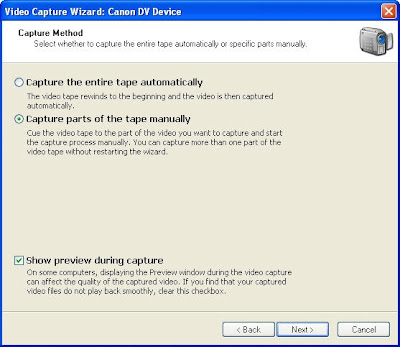 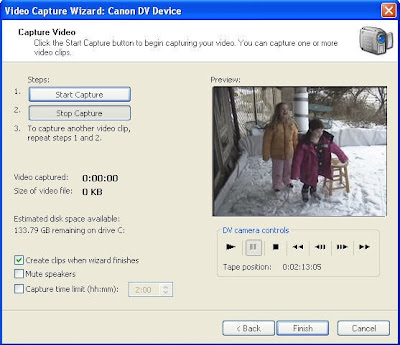 I do not know how good or how bad a job Movie Maker does at the rest of its tasks. But at this simple task, it did an excellent job of Just Working. As Donald Norman wrote in The Design of Everyday Things: "… the next time you pick up an unfamiliar object and use it smoothly and effortlessly on the first try, stop and examine it: the ease of use did not come about by accident. Someone designed the object carefully and well." That's right. They made it Just Work.
Posted by David S Platt at 12:14 PM

It's good that Microsoft can finally here about something going right. I teach IT at a high school and we look at Human Computer Interface design (HCI) - and this article is a fantastic example of how to look at something and appreciate it for its simplicity. Well done!

I am glad to hear that MS got an application right. :-)

I have to wonder, did you use it in XP or in VISTA?

And if its VISTA, I hear that HD messes everyting up due to DRM. Any input?

No editing? That doesn't test the capability of Windows Movie Maker.

However, I think the Digital Media group at Microsoft has done a good job with Windows Movie Maker in the past.

I'd be interested in your opinion of the new "Windows Live Movie Maker" which is part of the "Live Essentials" download.

It's dumbed down to the lowest common denominator, so you'll probably love it. Many users of the former versions hate it though for exactly this reason. Take a look.